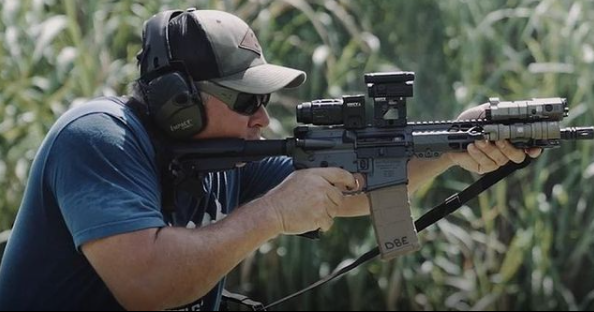 Don Edwards is a retired 20+ year veteran of US Army Special Operations. He began his career in 3rd Bn 75th Ranger Regiment where he was a participant in Operation Just Cause. Retired from 20th Special Forces Group where he served as a Team Sergeant, a Weapons Sergeant and Intelligence Sergeant during combat operations in Iraq and Afghanistan.

He has served for five years as the Use of Force training manager and primary instructor at the ATF National Academy in Glynco, GA instructing in tactics and firearms as well. Don has worked as tactical advisor to the Department of Defense since 2008 serving in both Iraq and Afghanistan and is a FLETC certified firearms instructor.

Don is the former Director of Training for TNVC.  As the owner/operator of Greenline Tactical LLC. Greenline is a leader in Night Vision Operations Training offering real world tactical and defensive training to law abiding civilians, State/Local Law Enforcement officers and SWAT teams as well as Conventional and Special Operations military units around the country.